Many other attractions are nearby, within easy walking distance.

It's in the center of Houpu (the old part of Jincheng), surrounded by traditional food stalls, and near the day market.

It's the largest and most chastity arch in Taiwan.

Qiu Liang-Gong was born in Houpu in the late 1700s. When he was only one month-old, his father, Qiu Chi-Jen, a Qing Dynasty general, passed away. Qiu Liang-Gong's mother, Hsu, raised him on her own.

Qiu followed his father's footsteps by joining the military as a soldier, eventually becoming a general and then an admiral of Zhejiang. In the early 1800s, during the Jiaqing Emperor's rule, he submitted a request to the emperor to commemorate his mother. This was granted, and the chastity arch was the result, built to honor the widow's virtue and efforts in bringing up her child.

The arch is made of high-quality granite and basalt. Take time to look at the fine carvings. They tell the story of Qiu Liang-Gong's success. There are also celebrity inscriptions. 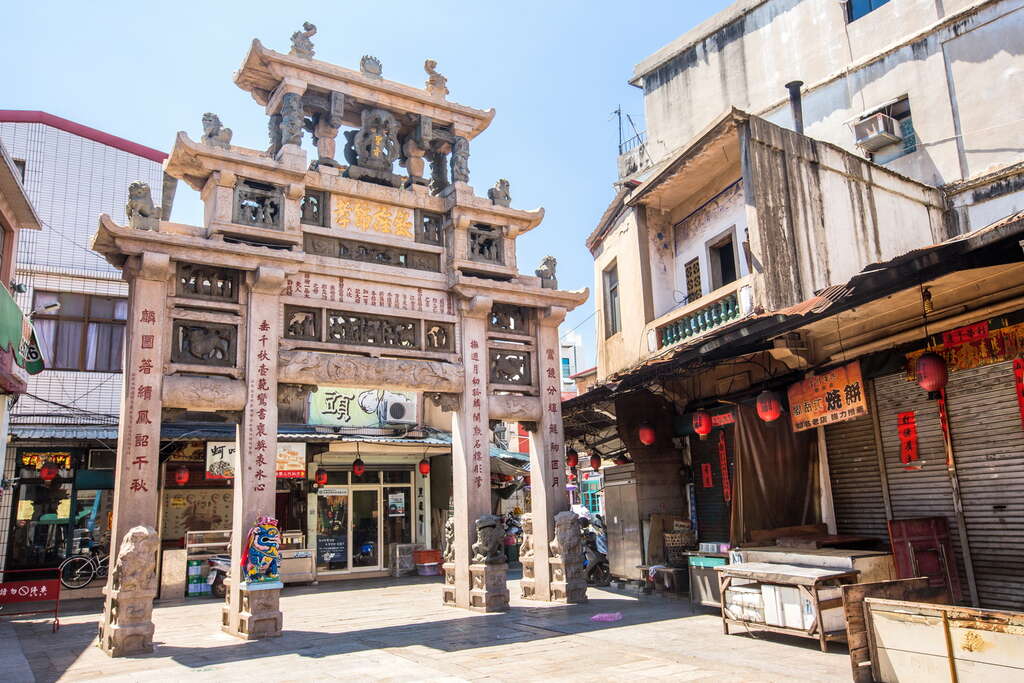