For a quiet and atmospheric stay, enjoy a night or two in one of the several bed and breakfasts.

Zhushan locals are particularly proud of the village's feng shui, with the pond in the center, surrounded by traditional houses facing it.

Take a few minutes to climb up the hill behind the Hsueh clan family shrine. From the pagoda at the top, there's a lovely view.

Zhushan Village is one of the 7 Kinmen National Park villages. One of the park's improvements was to put all the electrical wires underground, which enhances the Qing Dynasty atmosphere of the village.

Hsueh Clan Ancestral Shrine
There's been a village here for about 650 years. It was first settled by a group of people, all surnamed Hsueh, who migrated from Xiamen. Still today, almost all Zhushan residents are Hsuehs.  They still maintain ties with the descendants of the original Hsuehs in Xiamen.

Besides the beautiful traditional houses, another architectural feature of Zhushan is its two Hsueh clan ancestral shrines. The larger one is special for its carving on the door—most shrines have a painting rather than a carving of the two guardian deities.

The larger shrine belongs to all Hsueh villagers, whereas the smaller one (to the right of the larger one) belongs to a branch of the clan. Both shrines are where the Zhushan Hsuehs pay tribute to their ancestors, and pray for prosperity and wellbeing for future generations. 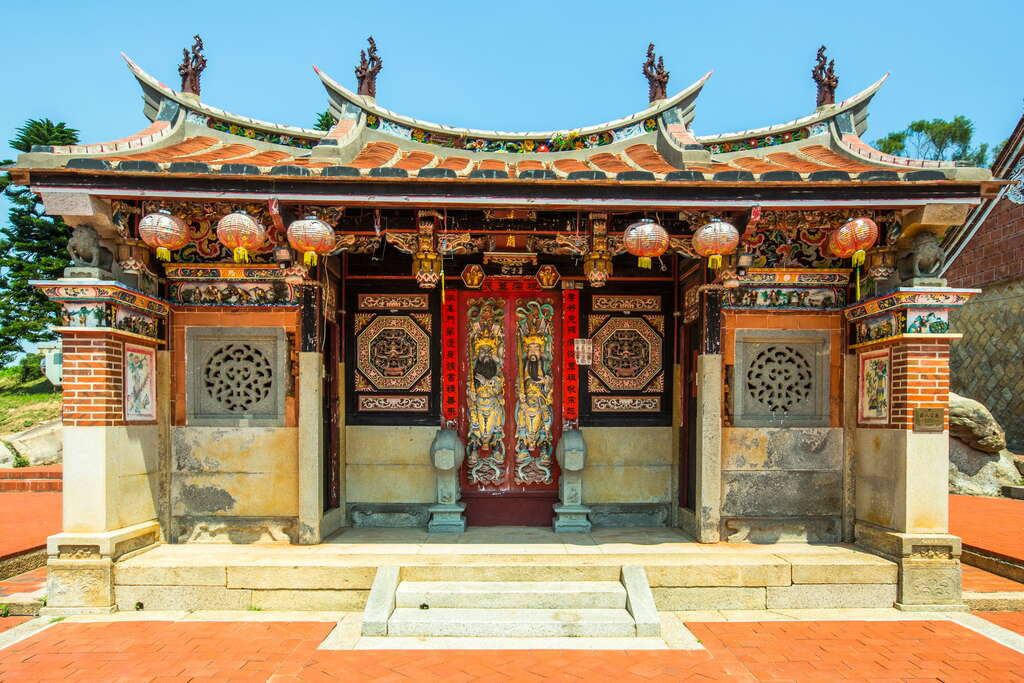 Hsueh Yong-Nan Western-style Building
Towards the end of the Qing dynasty (in the late 1800s, early 1900s) many young Zhushan men went to the Philippines looking for work. Starting off in low-paid laboring jobs, some of them ended up making a fortune in trading. Two brothers were amongst them, and they returned to their home village to build its first Western-style house. Completed in 1931, it features a special tower in the back built for defense against pirates. The house is now one of the many Kinmen National Park B&Bs in Zhushan. 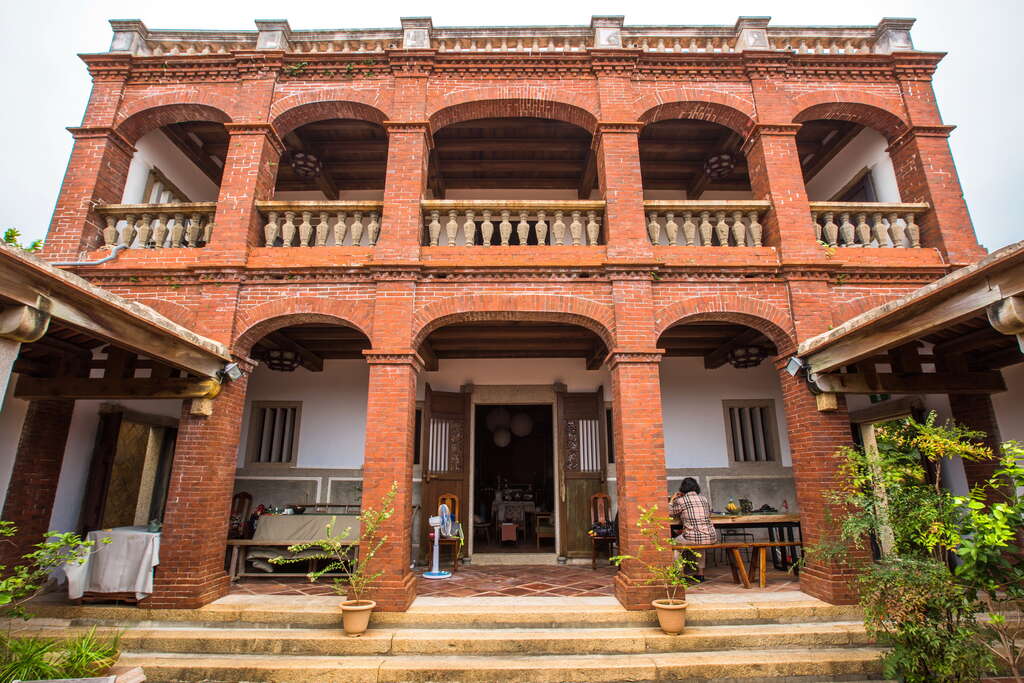 Hsueh Fang-Jian Western-style Building ("Military Tower")
This house, built at the same time as Zhushan Village's other large Western-style building, is obviously not a B&B! Throughout its history, it's had several military connections, so has been referred to as a "Military Tower".

First, it was built at a time when pirates were a serious threat to Kinmen. They especially targeted the expatriates' grand Western-style buildings. In order to strengthen their defense, many were purposely built on higher ground with towers. This building, along with the Hsueh Yong-Nan brothers' Western-style house, and another one not far from the village, formed a triangular shield to defend Zhushan.

From 1937 to 1945, Kinmen was occupied by the Japanese, and during at least some of that time, Japanese soldiers were stationed in this house.

If you walk around to the back of the house, you can still see holes where shells hit it at some later stage in its life as Zhushan's "Military Tower". 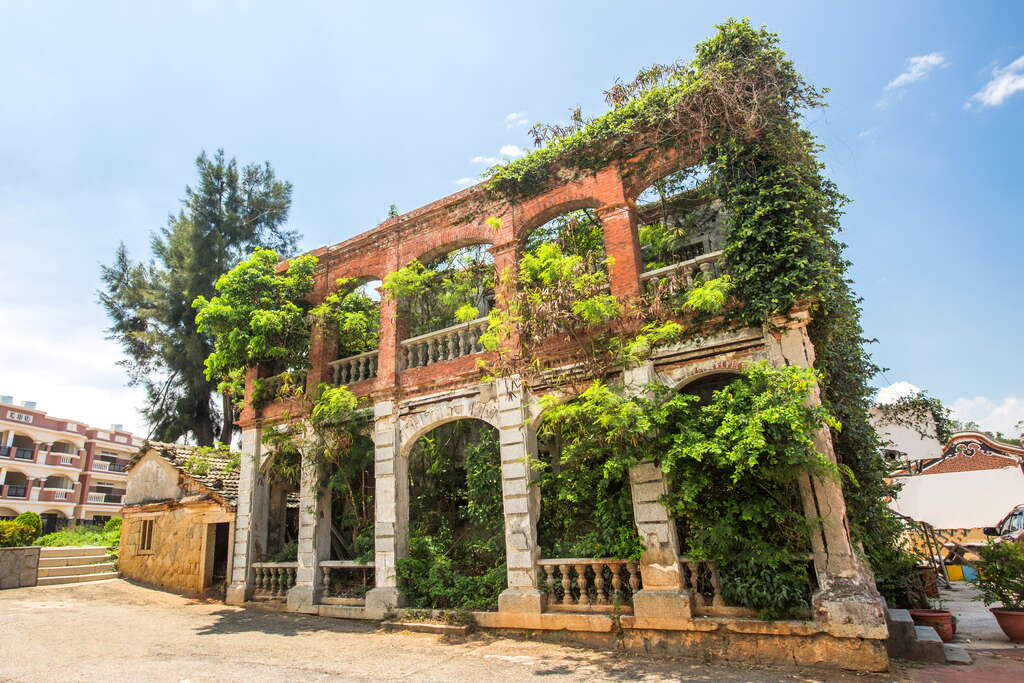