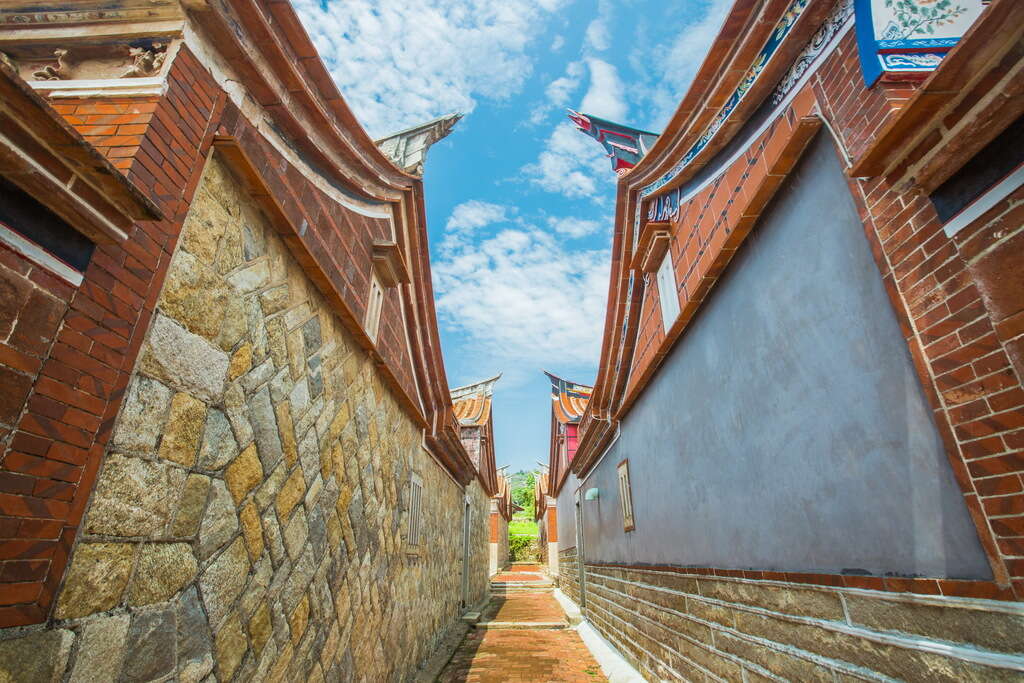 Kinmen has many more traditional Chinese houses than the rest of Taiwan thanks to its long military period. Paradoxically, since civilian travel to and from Kinmen was so limited, it never underwent the rush to knock down the old and build the new.

There are thus well-preserved villages of traditional single story red-tile decorated family homes. They're each built around a central open courtyard. Just about every aspect of the houses has symbolic meaning, including the roof.

A swallowtail roof (as pictured above) indicates the owner had high social status, in contrast to the more common horseback-shaped roof ridges. Some houses are still occupied by descendants of the original owners. Others have been turned into bed and breakfasts, offering a unique atmospheric stay.